No upcoming concerts for ta-nehisi-coates

The Princess Bride: An Inconceivable Evening with Cary Elwes

THE LAST BOOK TOUR ON THE LEFT

Get The Led Out 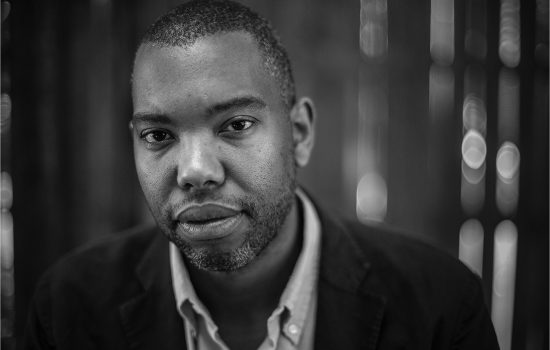 In only a decade’s time, National Book Award winner Ta-Nehisi Coates has produced some of our country’s most seminal pieces of non-fiction writing. Whether in personal

In only a decade’s time, National Book Award winner Ta-Nehisi Coates has produced some of our country’s most seminal pieces of non-fiction writing. Whether in personal narratives like Between the World and Me or reportage like The Case for Reparations, his luminous prose and gift for examining our most urgent struggles through a historical and cultural lens has transformed our notions of what non-fiction can do.

Now One World is proud to publish Coates’s breathtaking debut novel, The Water Dancer (One World; Hardcover; On Sale: September 24, 2019). Ten years in the making and imbued with all the same craftsmanship that made his previous body of work essential reading, THE WATER DANCER is a boldly imagined work of magic and adventure, love and separation, and the power of resistance.  It is the story of America’s oldest struggle—the struggle to tell the truth.

Young Hiram Walker was born into bondage—and lost his mother and all memory of her when he was a child. Hiram, who is gifted with a mysterious power, almost drowns when he crashes a carriage into a river, but is saved from the depths by a force he doesn’t understand, a blue light that lifts him up and lands him a mile away.

So begins an unexpected journey into the covert war on slavery that takes Hiram from the corrupt grandeur of Virginia’s proud plantations to desperate guerrilla cells in the wilderness, from the coffin of the Deep South to dangerously utopic movements in the North. Even as he’s enlisted in the underground war between slavers and the enslaved, all Hiram wants is to return to the Walker Plantation to free the family he left behind—but to do so, he must first master his magical gift and reconstruct the story of his greatest loss.

THE WATER DANCER drew inspiration from great American writers like Toni Morrison and E.L Doctorow. But what makes it special is that it is so distinctly a Ta-Nehisi Coates novel: Propulsive yet challenging, lyrical and emotive and filled with uncanny insight of the human condition. And just as Coates’s reportage was built on intensive study of his chosen subjects, so too is THE WATER DANCER. He spent over a decade researching this book, visiting historic sites such as Monticello, Shirley Planation, the Whitney Plantation and combing through primary documents, with an emphasis on the oral histories taken from enslaved people.

Driven by Coates’s resplendent imagination and striking ability to bring readers deep into the interior lives of his brilliantly rendered characters, THE WATER DANCER is a novel full of magic but one that never loses its grip on the heartbreaking humanity of its unforgettable characters—their traumas and losses, their astonishing courage, and the unconquerable love at the heart of their struggle. And at a time when the United States government is forcibly separating families at  unprecedented rates—whether through immigration policy or mass incarceration—empathizing with that struggle is essential to understanding our national crisis.

Ta-Nehisi Coates is the author of The Beautiful Struggle, We Were Eight Years in Power, and Between the World and Me, which won the National Book Award in 2015. He is the recipient of a MacArthur Fellowship. He lives in New York City with his wife and son.