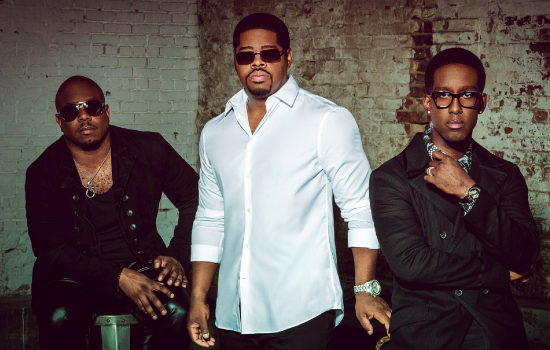 Boyz II Men remains one of the most truly iconic R&B groups in music history. The group redefined popular R&B and continues to create timeless hits that appeal to fans acro

Boyz II Men remains one of the most truly iconic R&B groups in music history. The group redefined popular R&B and continues to create timeless hits that appeal to fans across all generations. The band has penned and performed some of the most celebrated classics of the past two decades. The group’s 4 Grammy Awards are just the tip of the iceberg: throughout their 25-year career, Boyz II Men have also won a whopping 9 American Music Awards, 9 Soul Train Awards, 3 Billboard Awards, and a 2011 MOBO Award for Outstanding Contribution to Music, a star on the Hollywood Walk of Fame, as well and a Casino Entertainment Award for their acclaimed residency at the Mirage Resort and Casino in Las Vegas, which has been ongoing since 2013.

The trio holds the distinction of being the best-selling R&B group of all time, with an astounding 64 million albums sold. And the reason is abundantly clear: for the past two decades Boyz II Men have given fans a rich catalogue of hits filled with smooth harmonies and enduring themes. And for Boyz II Men the hits just keep on coming—the group continues to craft new albums and bring their legendary act to stages across the world.The group released a new album featuring original material through label BMG in October 2014 called Collide. Collide is a landmark album for Boyz II Men, showcasing a new and different sound for one of the most successful and enduring groups in mainstream music. Two of the tracks, “Better Half,” and “Diamond Eyes” were featured on a special episode of ABC’s hit show, “The Bachelorette.” The group also performed on FOX’s hit live show, Grease Live which aired on January 31, 2016 and their performance became the most-tweeted moment. Most recently, Wanya Morris became a double threat stepping on the dancefloor on ABC’s hit show “Dancing with the Stars,” where he and partner, Lindsay Arnold, made it to the semifinals—ending on a high note with three tens.

Most recently, the group has released a Doo-Wop album called “Under The Streetlight”.